baby strollers > Ten Ways to Spell Jayden, and Why that Makes it an Important Baby Name

Ten Ways to Spell Jayden, and Why that Makes it an Important Baby Name 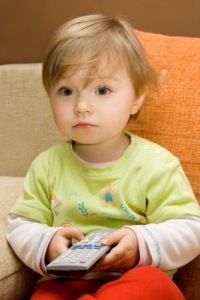 Twenty years ago, the name Jayden didn’t exist. Or if it did, it was so obscure that it did not show up on the U. S. Social Security lists of the top 1000 American baby names. It was not mentioned in any of the most authoritative name books, including the Oxford Dictionary of First Names.

Fast forward to 2009, and Jayden is # 8 in popularity in the United States. Even more significant, if you add all the various ways of spelling the name, there were more babies named  Jayden (or a variation thereof) in 2009 than there were little Jacobs. And Jacob is the number one boy’s name in America.

That makes Jayden a culturally important name, and one that so far has been little studied.

The most astonishing aspect of the name Jayden is that it has no discernable roots and no history. It is, in fact, a made up name. As such, it may be the most significant “made up” name ever to hit the big time in the United States.

How Jayden came about is no real mystery. It is simply a play on the name Hayden. It is Hayden with a “J”. This is not a big surprise in the world of names, where new names are coined by adding a new letter here, a syllable there. Combining and recombining  prefixes, suffixes, initial letters, and so forth, is a time-honored phenomenon in the evolution of names. The practice is especially pronounced among girls’ names, but also happens with boys as well. Think about names like Madelyn, formed from Madeline with the common suffix “lyn.” Or Lilyana, combing two more common syllables.

So it’s no surprise how Jayden came about. But what’s really interesting is how it has become almost an American classic, with no less than ten variable spellings in the latest top 1000 boys’ names. Here are the different ways people are spelling the name:

Of these spellings, Jayden is by far the most popular, followed by Jaden. The remaining 8 variants are far less important. Still, added together, they make up the Jayden family of names,  which, as mentioned at the start, together outweigh America’s # 1 baby boy name, Jacob. Which name, therefore, is more popular? Jacob or Jayden? It depends how you measure it.

Adding to the complexity is the fact that Jayden is sometimes bestowed on girls, making it one of America’s most popular unisex names! The most popular girls’ versions are Jayden and Jadyn. But the name is far more popular overall among boys.

Some people say that celebrity has played a part in the rising popularity of the name Jayden. The point to Jaden Smith, son of Will Smith and Jada Pinkett Smith, or Jayden James Federline, son of Britney Spears. While it’s true that there may be some celebrity influence at work, the name Jayden was well on its way to stardom before Hollywood kindergartens began to fill up with Jaydens, Jadens, Jaidens, etc.

The name took off, really, as more and more parents looked for different ways to spell a single popular name, Jayden. And, as the list shows, American parents can be very creative!  As a result, the name spread almost virally. From its humble beginnings as a spinoff of Hayden, the name Jayden has become one of the heavyweights among American baby names. It is quite possible that the spelling Jayden may displace Jacob as the official # 1 in the next few years. Even if it doesn’t, there will be enough Jaidens, Jadyns, Jadons, and Jaedens around to keep the name in our culture for many years to come.

Neil Street writes about names three times a week on The Names Blog.